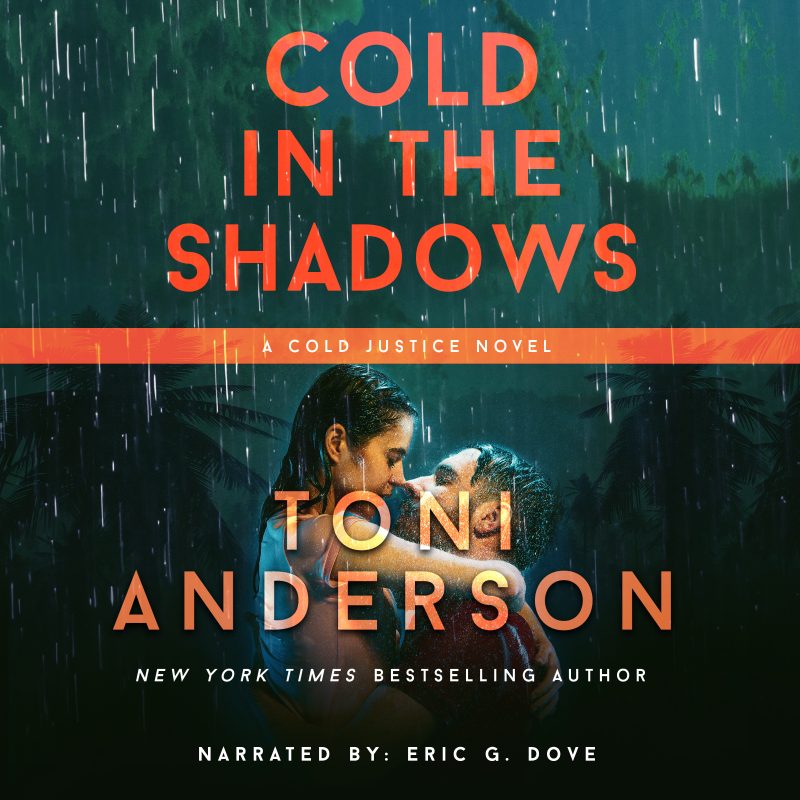 Attacked and fleeing for her life, frog biologist Audrey Lockhart is forced to put her trust in an enigmatic stranger who saves her from certain death.
Author's Direct
Apple Books
Hoopla
Libro.fm
Kobo

“Cold in the Shadows is the best book in the series yet. Recommended!“- Maldavian Book Reviewer’s Realm of Romance.

Working in the shadows, CIA Officer Patrick Killion needs to figure out if the feisty frog biologist is a deadly assassin or an innocent scapegoat. And the only way to do that is to gain her trust.

Audrey discovers her rescue was actually an abduction and the man she thought was her savior is her captor. And in the world of covert ops she’s terrified she’s nothing more than a pawn in the game she doesn’t understand.

But Killion is falling hard and fast for his target and suddenly he has his hands full, dealing with a smart, beautiful woman who is furious at his deception. Betrayal is everywhere and Killion doesn’t know who to trust. The organization he works for? Or the woman he’s falling in love with?