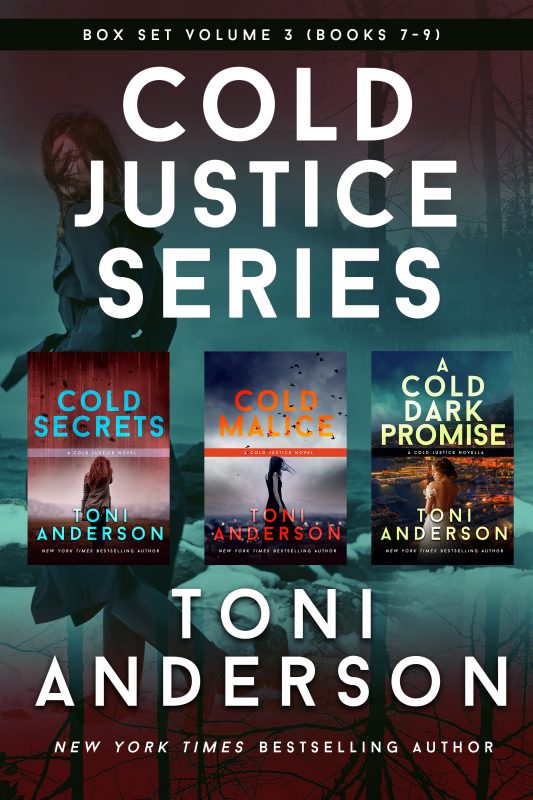 Walmart
About the Book

When an international ring of sex traffickers kidnaps an eight-year-old girl in Boston, FBI Agent Lucas Randall heads undercover. But his rescue operation goes disastrously wrong and Lucas barely escapes with his life. Now the ruthless traffickers are hunting him down, along with everyone else who threatens their operation.

Computer expert Ashley Chen joined the FBI to fight against evil in the world—evil she experienced firsthand. She has mad skills, and deadly secrets, and once she starts working with Lucas, she also has big trouble, because after years of pushing people away, she’s falling for the guy. The feeling is more than mutual, but as Ashley intensifies her online pursuit of the trafficking ring, her traumatic past collides with her present and suddenly Lucas can’t tell which side she’s on. And as the case escalates into a high-stakes game of cat and mouse, it turns out Ashley isn’t the only one with something to hide.

ASAC Steve (Mac) McKenzie is out to prove himself by leading a task force investigating a series of murders in the heart of Washington, DC. His undercover work in an antigovernment compound twenty years earlier is related—as is the sweet, innocent girl he befriended back then. Now that girl is a beautiful woman, and she has something to hide.

Tess Fallon spent a lifetime trying to outrun her family’s brand of bigotry, but someone is threatening her anonymity by using the anniversary of her father’s death to carry out evil crimes and she’s terrified her younger brother is involved. She sets out to find the truth and comes face-to-face with a man she once idolized, a man she thought long dead. As the crimes escalate it becomes obvious the killer has an agenda, and Tess and Mac are running out of time to stop him.

Will the perpetrator use a decades-old dream of revolution to attack the federal government? And will the fact that Tess and Mac have fallen hard for each other give a cold-hearted killer the power to destroy them both?

A COLD DARK PROMISE takes place during the week leading up to the wedding of former assassin Alex Parker to FBI Agent Mallory Rooney, who meet and fall in love in the novel, A COLD DARK PLACE.

Four years ago, Jane Sanders’s rich and powerful ex-husband kidnapped their young daughter and Jane hasn’t seen her since. Now she finally has a lead on her location and she knows just the man to help her get her daughter back. Trouble is, he’s an assassin. And he terrifies her.

Despite his upcoming nuptials, Alex agrees to help, but it doesn’t take long for the routine operation to turn complicated—and deadly. Can the former CIA operative make it home in time to marry the woman he loves, or will his dark past destroy all hope for their future?

Disclosure of Material Connection: Some of the links in the page above are "affiliate links." This means if you click on the link and purchase the item, I will receive an affiliate commission. I am disclosing this in accordance with the Federal Trade Commission's 16 CFR, Part 255: "Guides Concerning the Use of Endorsements and Testimonials in Advertising."